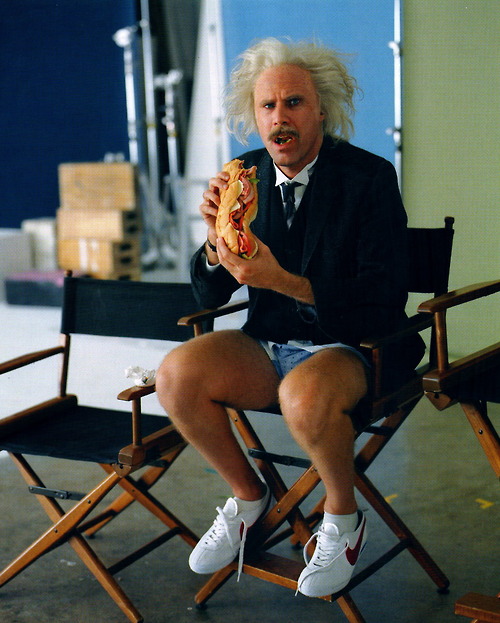 Be Your Own Scientist: How To Stop Jumping To Conclusions

For most of my life, I really didn’t think I was particularly smart.  However, despite lacking confidence in my capabilities, I nonetheless tended to believe most of my thoughts as if they were objectively true.

The thing about thoughts, though, is that we create them.  They originate from us.  So, in hindsight, I must’ve actually thought I was pretty damn smart if I would blindly believe the thoughts that told me what people were thinking or how a situation would turn out.

No one is that smart.  No one can read minds and predict the future, even when our thoughts tell us we can.  We need to understand the notion that thoughts are just thoughts when we begin to challenge our thinking by examining the facts.

Making assumptions and predicting the future are two very common cognitive distortions.  The thoughts are not generated from reality, but rather, we create them.  And, most of the time, we believe them.  We act like mind-readers and fortune-tellers, as if we are that powerful and all-knowing.  We can feel like we know what others are thinking, or how a situation will turn out.  Many times though, we are flat out wrong.  We worry, and become deterred from doing something, asking something, or going for what we want— for NO REASON!

We would never make assumptions about a scientific hypothesis without collecting evidence first, and we cannot know what others are thinking and what outcomes will be without testing our assumptions first, either.

The best way to combat these cognitive distortions is by weighing the evidence before drawing conclusions, no matter how much we think we are right (even though we are all geniuses and are never wrong).  When we start to believe these distorted thoughts and start future-tripping, we need to catch ourselves, stop, and question the validity of the thoughts before they influence our behavior and—importantly—our feelings about ourselves.

As always, let’s use me as an example.

There was a time, not too long ago, when I thought others would judge me harshly if I opened up about my story and my struggles.  I was worried about being transparent in a field where we are taught not to self-disclose.  These thoughts, rooted in fear, created such anxiety that I almost didn’t publish my first article, “How I Became a Badass Therapist.”  Fortunately though, I was able to use this tool to help me see clearly.  When I noticed these negative thoughts creeping in, I had to check in and literally ask myself, “What evidence do I have that supports these notions, and what evidence do I have against them?”

When I did this, I couldn’t think of ONE circumstance in my entire history that supported these ideas.  However, I could think of many ways in which people had responded positively to my openness (i.e. my clients, friends, family, etc.).  When I weighed the evidence, I recognized that the thoughts were cognitive distortions, and projections of my own insecurities and fears.  So, after compiling the historical data, I tested its validity further.  I allowed for the article to be published, and I started my Good Enough Blog, where I have been collecting more and more data that encourages me to keep going.

Don’t Let Fear Hold You Back

If I had never started this blog because of my fear-based stinkin’ thinkin,‘ it would’ve been a shame because this is my passion.  I wouldn’t have discovered my voice as a mental health professional who believes that our stories and experiences bring just as much, if not more, to the table as formal education and training.  I can’t say enough how grateful I am for the use of this tool.  So, let’s all stash it, along with our other tools, in our self-care “tool belts” to use as needed (see other posts).

So, the next time you think that others will judge you, not accept you, run away, think you’re weak, think you’ll fail, think you’ll look silly, think you won’t get the girl, or whatever it is, you must remind yourself to be your own scientist.  Then, you have all the facts and can decide what to do with them.  And, always remember… ASSUMING makes an ASS of U and ME!

Assuming makes an ASS of U and ME

Dana Maloney is a disruptive therapist, life coach, and founder of Good Enough Therapist. She is on a mission is to disrupt the traditional model of therapy by making it less sterile, less stigmatized, more affordable and more accessible. She is based off Abbott Kinney in Venice, CA.